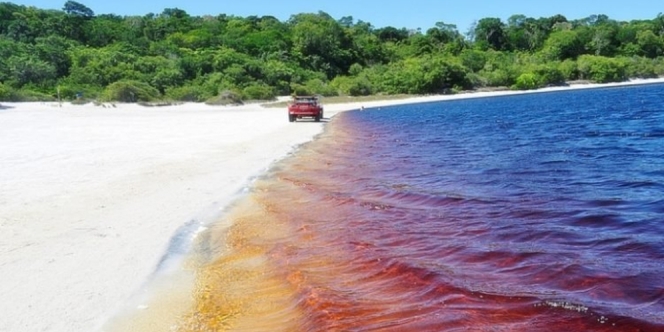 Dream – Swimming in clear, blue, or green water is common. Have you ever imagined swimming in a sea of ​​chocolate like Coca Cola?

In Brazil there is a famous tourist spot called the Coca Cola Lagoon. There you can swim in Coca Cola water, you know.

There is a beach in Brazil, where the water has a dark color just like Coca Cola. It’s the exact color of cola and you’ll hardly notice the difference.

However, this beach water does not contain carbonate. Only colored with iodine, iron, and reed pigmentation that is around the beach.

This beach is located next to the southern coast of Rio Grande do Norte, and not far from Natal.

The Coca Cola Lagoon is one of the most popular tourist attractions there, as it offers a unique characteristic, and attracts the attention of the crowd.

Children like it very much, but adults don’t, because the pigmentation of the water looks like cloudy water.