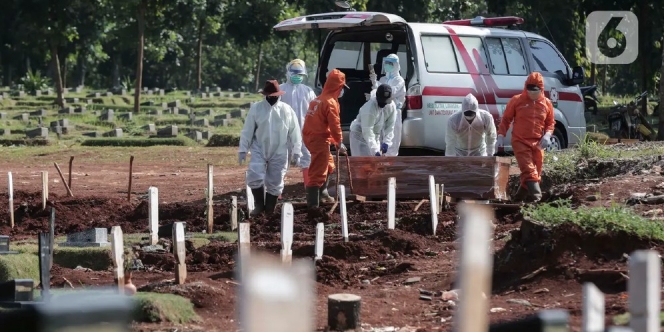 Hendy confirmed the findings. He admitted that he received the honorarium but it had been given to the families of Covid-19 patients who died from poor backgrounds.

“Like my salary, I donate to people affected by the pandemic,” he said.

Hendy argued that the funeral honors arose as a consequence of the prevailing regulations. According to him, the officials whose names are listed in the decree on funeral honors have the task of monitoring and evaluating beyond working hours.

“We have to be on standby for 24 hours, so we cannot refuse it as a consequence of existing regulations. We must obey the regulations,” he said.

Regarding the amount, Hendy explained that each funeral of a Covid-19 patient is budgeted at Rp100 thousand. The allocation was distributed in the period June-July 2021 with the number of daily deaths soaring.

“But we don’t expect a large number. Because if that’s the case, it means that many people died. We don’t want that to happen,” he said, quoted from Merdeka.com.

Finally, the government is outspoken about Israel at the U-20 World Cup

SBY and JK Have a Secret Mission, Observer Says

Finally, the government is outspoken about Israel at the U-20 World Cup