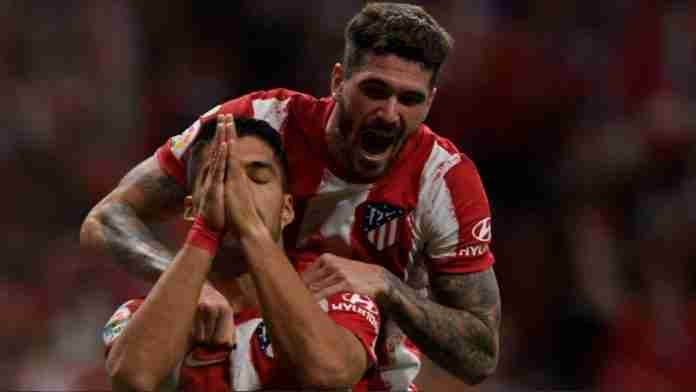 1NEWS – Atletico Madrid finally managed to get a full three-point injection after shaving Barcelona with a final score of 2:0. This match is the eighth match of the La Liga event which took place on Sunday (3/10/2021) early this morning WIB.

In the 23rd minute, the Los Rojiblancos squad managed to score the first goal through the action of Thomas Lemar. This French player managed to outwit the Barcelona goalkeeper, who was played by Marc-Andre ter Stegen this morning. The temporary score has now changed to 1:0 for Atletico Madrid’s advantage.

After the first goal was created, there was an unusual sight inside the Blaugrana’s defensive area. Gerard Pique and Sergio Busquets were seen arguing with each other while pointing at the movement area of ​​the Atletico Madrid attacking trio.

Actually, it’s not just the two senior Barcelona defenders who are looking after conceding goals. But Ronald Koeman, who was on the sidelines, looked furious after watching his team’s defense being messed with by the trio of Lemar, Suarez, and Felix.

Both sides look to want each other’s quick goals in this match. In this case, Atletico who rely on Joao Felix as the axis of attack look superior. Until 15 minutes later after the first goal was created, both sides were unable to produce opportunities. Both seem to be just playing it safe.

The deadlock finally melted after the cooperation of the trio from Atletico Madrid managed to bring down the Barcelona defense again. Lemar, Suarez, and Felix managed to play a beautiful triangle playing scheme. Felix has the role of bait to pull out on Barcelona defenders. Then Lemar and Suarez were tasked with finding a shooting space and waiting for the bait to mature.

This time Lemar got the ball from Felix and then sent it to Luis Suarez. The Uruguayan striker finally managed to break into his former team’s goal and managed to score the second goal for Atletico Madrid in the 44th minute. At the end of the first half, Atletico Madrid were still ahead with two goals.

Second half Barcelona fail to catch up

Entering the second half of the match early this morning, both sides seemed to be still looking for additional goals. Atlético Madrid, who has a two-goal lead, seems satisfied with the results. They tend to play it safe by tightening the defensive line.

Barcelona, ​​who are behind in the position, are now starting to fire. Ronald Koeman’s troops began to try to launch a series of attacks on the host camp. Throughout the second half, Atlético Madrid managed to maintain the integrity of the goal. Until the long whistle sounded, Barcelona failed to break the egg score and had to end the game with a final score of 2:0.

As winners, Atletico Madrid managed to get a perfect three-point injection and remained in second place in the standings with a total collection of 17 points. Meanwhile, Barcelona fell back two places to ninth position with only 12 points.

4 Real Madrid legends have their contracts expired, only one has been given an extension – 1NEWS

Losing a young goalkeeper, Real Madrid is even looking for a veteran to replace him – 1NEWS

4 Real Madrid legends have their contracts expired, only one has been given an extension – 1NEWS