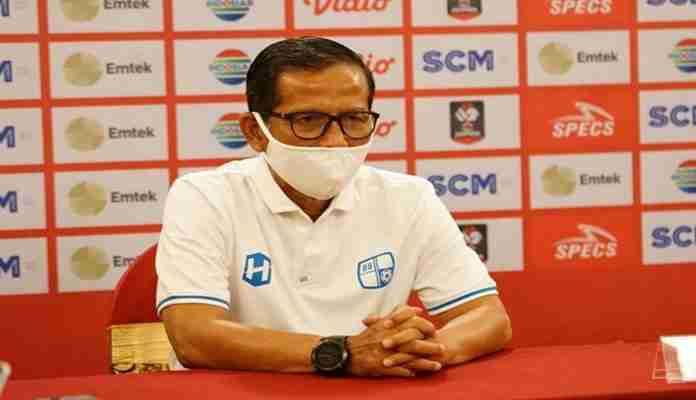 Barito Putera initially took the lead through a goal from their foreign player Rafinha. This goal was created because of his slick cooperation with Beni Oktovianto. When Beni sent the ball to Rafinha, he finished well with a measured right-footed shot.

In the 12th minute Barito Son 1-0 up. The scoreboard managed to survive until the first half was over. Even so, Bhayangkara began to dominate the field in the latter half of the first half. In the second half, Bhayangkara FC increased the tempo of their attacks.

The Guardians squad appeared more daring and controlled the game. Paul Munster’s troops continued to look for loopholes to be able to dismantle the Laskar Antasari defense line. In this second round, the coach of Bhayangkara FC included Wahyu Subo Seto and Dendy Sulistyawan to increase attack power.

As a result, Wahyu Subo finally managed to send a sweet bait to Renan Silva. The Guardian squad managed to equalize the position in the 56th minute. Continuing to increase the attack on Barito Putera, Ezechiel Ndouasel also managed to score a goal at the penalty spot in the 75th minute.

This is indeed disastrous for Barito Putera because he made a violation in the forbidden box. Then, unmitigated, four minutes later a player from Chad, Ezechiel N’Douassel added Bhayangkara FC’s goal tally to make the scoreboard 3-1.

Lutfi Kamal managed to break into Bhayangkara FC’s goal through a measured kick in the 83rd minute. The scoreboard became 3-2, reducing Barito Putera’s defeat until the end of the match. This match was the fourth defeat for Barito Putera in the first series of Liga 1 this season. Now, the Barito Putera club occupies the 17th position in the BRI Liga 1 standings this season in the sixth week.

Barito Putera’s coach, Djajang Nurjaman admitted that his players had won in the first half, but then his team seemed to lose concentration. Bhayangkara FC managed to score his first goal and made the Barito Putera squad distracted.

Djanur said that the course of this match was indeed a lot of pressure by the players of Bhayangkara FC after leading 1-0. In fact, they have no intention of surviving. However, the Bhayangkara FC team was indeed great, forcing the Barito Putera squad to survive in the second half after receiving a return goal.

He also mentioned that the coaching team will conduct an evaluation ahead of the second series of Liga 1 this season. He added that if his team’s problem was the lack of concentration during the match against Bhayangkara FC. In the end they had to be willing to accept conceded after conceded.

At that time the back line did seem to lack coordination. He admitted that his team was a little nervous, so they were hit by repeated attacks and two goals in a row, leaving Barito Putera behind 2-1. According to him, that should be evaluated.

2022 President’s Cup Results: Borneo derby ends in a draw, the competition in Group B is getting fiercer | 1NEWS

Prediction of Persija Vs Barito Putera in the 2022 President’s Cup: Waiting for Thomas Doll’s Concoction | 1NEWS

2022 President’s Cup Results: Borneo derby ends in a draw, the competition in Group B is getting fiercer | 1NEWS