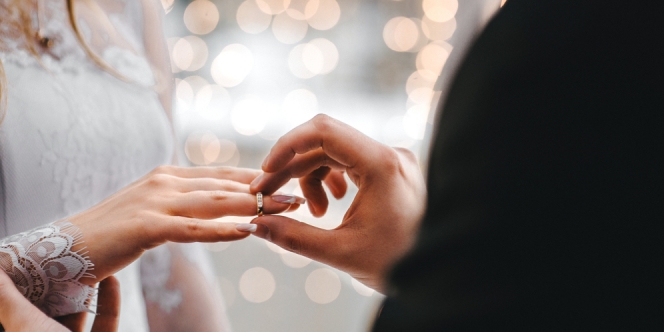 The groom suffered a spinal fracture due to an incident at the wedding location.

Dream – Unpleasant events experienced by a groom in Romania on his special day. The first night that was so longed for turned into a nightmare.

After the wedding ceremony, he was thrown by his friends in the air but accidentally fell out of reach. As a result, he suffered a spinal fracture.

Quoted from odditycentral.com, Liviu Filimon, 31, is enjoying her wedding reception in Baile Felix, northwestern Romania. Some of his friends decided to throw it in the air as a celebration of Filimon’s union with his partner.

This is a common celebratory custom all over the world. But to avoid tragedy, people who are thrown into the air must also be caught while descending.

Not according to plan

Unfortunately, the second part didn’t go according to plan. The groom ended up in hospital with multiple spinal fractures.

A viral video recording the gruesome incident shows Filimon being picked up by his friends as he approaches the dance floor. He was then thrown into the air.

They caught it the first time and continued with the second throw. However, this time they couldn’t catch him so Filimon fell and hit his back on the marble floor.

Fatally, Filimon’s friends picked up and sat the groom in a chair instead of letting him sit while waiting for the ambulance to arrive. As a result, this groom suffered several fractures,

Worse yet, when he arrived at the Emergency District Hospital in Oradea, he could barely move his left leg. Also experiencing numbness in the right leg.

Fortunately, Filimon’s situation improved overnight and his legs were able to move again. However, doctors said he had not fully recovered and had to be hospitalized in a neurosurgery ward.

After sharing a selfie from his hospital bed, Filimon claimed to have contacted a lawyer. However, he is still considering whether to file a lawsuit or not.

There is Good News in Indonesia, Ministry of Trade Officially Launches Oilita
– 1NEWS