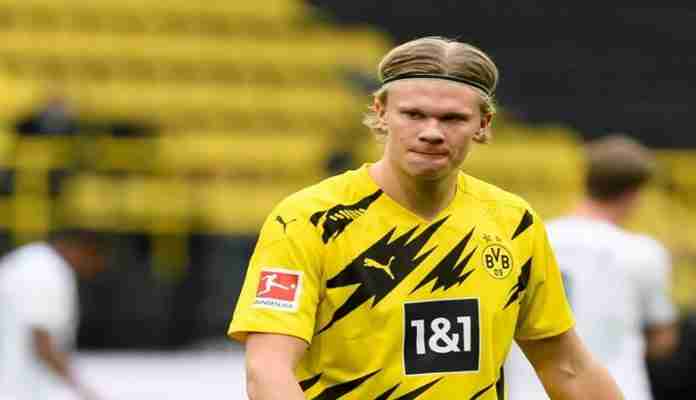 1NEWS – Erling Haaland has become one of the hottest properties, and ahead of the opening of the winter transfer window, many clubs are interested in the player. Liverpool became one of the fans of the Norwegian striker. Former Liverpool player John Arne Riise supports the Reds in signing Haaland.

Many Fans Since Salzburg

Over the past few years, there have been many young stars scattered around the world of football, and one of them is Erling Haaland. Since still playing at RB Salzburg, Haaland has been labeled as one of the young players with promising prospects. He even had a lot of fans since he was a giant costume from Austria.

Borussia Dortmund in the end became a lucky club because it managed to win the player’s signature. However, his move to Dortmund did not necessarily make the issue of interest in other clubs fade. Although still owned by Dortmund, many clubs lined up to get his signature.

In the summer transfer yesterday, Die Borussen was often linked with English Premier League club Chelsea. However, instead of moving to London, Haaland continued his brilliant trend with Dortmund. The striker’s interest is also increasing, starting from Real Madrid, Barcelona, ​​Manchester United, and even Liverpool.

Liverpool perhaps not one of Haaland’s foremost fans, but in truth, they have been linked with the player several times. The issue of Haland to Liverpool may not be as widespread as the issue of Haaland to Madrid or to Chelsea last summer. But former Reds player John Arne Riise backed his club to sign Haaland.

In an interview with Goal, Riise expressed his opinion on the possibility of Haaland joining Liverpool. According to Riise, Haaland would be a suitable player for Liverpool. He also admitted that he could not imagine what it would be like if Haaland joined the Reds’ compatriots, Manchester City.

“To be honest I’m very happy to see him join Liverpool because he is an extraordinary player.” Riise said, as quoted by the Goal International page. “He’s still at his best level, and I think he fits[Jürgen]Klopp’s style of play. I think he will like Liverpool too.”

“But if (Manchester) City get it, wow! You will see an unbeaten team, and now, it is very close. Whoever gets Haaland, it will be an incredibly tough club for years to come. I don’t know if Liverpool have a chance, but if they have, then I ask them to sign him.”

If Erling Haaland comes to the Premier League, then the English highest caste competition will be filled with fierce predators. Chelsea has Romelu Lukaku, Manchester United has Cristiano Ronaldo, and Haaland will belong to Liverpool. Riise is also really looking forward to Haaland’s arrival in the EPL because there are rarely Norwegian players in this competition.

“Norwegian players are already rare in Premier League in recent years. Ten or 15 years ago, there were a lot of them. Now, there are very few of them, and not many make a good impression. I’m happy to have (Martin) degaard at Arsenal and doing well, but we still need a lot of players like him in this competition (EPL).”

We need players who can really challenge and prove themselves. So Norwegian football can return to how it used to be, where many players played in the top leagues. I hope Haaland comes to the EPL, I hope he comes to Liverpool, and for Norwegian football it is important to get a player like him into the EPL.

Seamus Coleman’s Impact Is Bigger Than The Coach at Everton

Not Satisfied, Liverpool Get Pressure To Recruit New Faces Again

AS Roma finally bring in a new right-back from Turkey

Barcelona doesn’t have to worry about finding a new place, Oscar Mingueza is being targeted by Italian, Spanish and English clubs

Jesse Lingard or Arnaut Danjuma, this is Moyes’ priority

Seamus Coleman’s Impact Is Bigger Than The Coach at Everton

Not Satisfied, Liverpool Get Pressure To Recruit New Faces Again