This mosque is a silent witness to the spread of Islam at the end of the Byzantine era or the beginning of Islam in the Holy Land.

Dream – A team of Israeli archaeologists uncovered the site where a mosque is thought to be one of the oldest in the world. The mosque, which is located in the Rahat City area, Negev Bedouin, Israel, is estimated to have existed since the 7th century or when it was just starting to spread in the Holy Land.

“What is unique about this mosque is that many 7th-century ceramics were found at the site, making it one of the earliest mosques in the world,” said archaeologist Dr. Elena Kogan-Zehavi, co-director of excavations for the Israel Antiquities Authority. Israel.

According to him, this mosque is a silent witness to the spread of Islam at the end of the Byzantine era or the beginning of Islam in the Holy Land.

The two halls of the building are identified as mosques because of their structural elements, namely the square space and walls facing the Qibla in Mecca, Islam’s holiest city.

In addition, a semicircular niche or mihrab was found along the center of the wall that leads to the south. Kogan-Zehavi said, this mosque has many ceramics typographically dating from the 7th to 8th centuries.

He added that researchers are beginning to piece together a “very interesting picture” of the transition from settlements dominated by Byzantine Christianity, including monasteries and various structures, to semi-nomadic settlements with distinct and less permanent building traditions.

“This finding shows that Islam came very early in the northern Negev and began to coexist with Christian settlements,” said Kogan-Zehavi. In addition to the mosque, archaeologists also uncovered a Byzantine-era farmhouse which they said appeared to have housed Christian farmers, including a fortified minaret and rooms with strong walls surrounding the courtyard.

Its construction raises many questions, among others, did the same Christian community become Muslim? Or were the settlements repopulated by semi-nomadic traders who might have brought the new religion from the Arabian Peninsula?

“Probably a mixture of the two. All the questions look open there on the site. Now it’s our job to try to gather information to understand what happened,” said Koga-Zehavi.

Furthermore, he said, there are chronological gaps in all sites in the region dating back to the 9th century. “There is no further resolution and there must be a disaster that we have not identified,” he said. 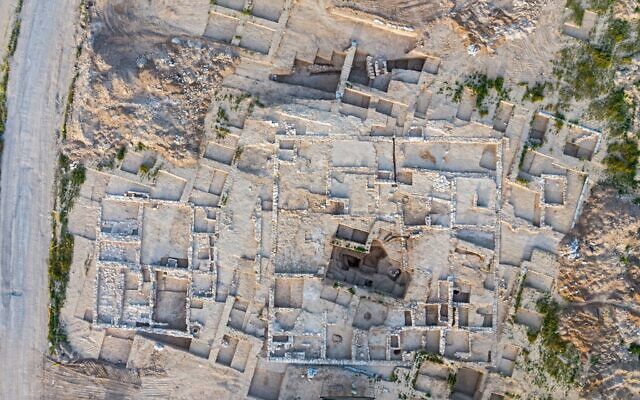 Another interesting puzzle in the case of the two mosques in Rahat is that the mosque was built some distance from some settlements. This has led researchers to question the role of prayer rooms in everyday life.

“We don’t yet know the connection between the congregation and the mosque. Maybe it’s only used on Fridays?,” said Kogan-Zehavi in ​​amazement.